How To Lose 400+ Pounds In One Weekend

Lemme preface this by saying that this is NOT a weight loss post. At least not in the traditional sense.

No, this is the story of how I did a (rather massive) declutter over the span of one weekend, totaling easily 400 pounds (or more).

You see, I’m an all or nothing kinda girl. When I set my mind on something I go all in.

And so, since I decided to fully embrace minimalism, knowing that this was the next necessary step in my life, that’s exactly what I did.

As I mentioned in the letter to my friends & family, I had two criteria I was using to decide what to get rid of: 1) Is it useful to me, and/or 2) Does it spark joy? Every item I reviewed had to meet at least one of those criteria, and bonus points if it met both.

I went through one area at a time, starting with the junk drawer in my kitchen. Baby steps. Then I moved on to my cookbooks and regular books, gathering them all up in one area and sorting into keep, donate, sell, and trash (only anything that wasn’t in good enough shape to donate or sell).

If you know me you’ll know that I LOVE to read, and I love my books. However, since 2009, I’ve had a Kindle, so I don’t have a ton of physical books, except cookbooks (I much prefer physical cookbooks over e-cookbooks), so it was a fairly easy process.

Once I’d knocked out my books and cookbooks the evaluating and sorting was much easier and faster. I did my clothes next, including shoes, then jewelry, etc. The rest of the house went as follows: linen closet, guest bathroom, office and office closet, DVD/blu-ray collection, and kitchen.

Then I listed everything in the sell pile in a big ol’ online garage sale (in a Facebook group) and packed everything else up for donation.

Cut to a few days later, after the donation truck had picked up my donations, all garage sale items had been purchased and distributed, and my house had been thoroughly cleaned (which took WAY less time than before since there wasn’t as much to clean around or move). I sat down on my living room couch, in my now MUCH lighter house, took a big, deep breath, and could literally feel the difference in my new space, going from cluttered to decluttered.

I say I lost 400 pounds but honestly it feels like at least a thousand pound weight has been lifted. For example, my creativity has boosted like crazy — I rebuilt my entire website and wrote FOUR blog posts in less than a week — and my yoga practice feels much more centered and less frenetic. Maybe it’s because, when I dive into a forward fold during my sun salutation, I’m looking out into a neat, tidy home rather than at all the extra stuff staring across the room at me.

Whatever the reason, I’m extremely happy with my decision and have no regrets.

In fact, I’m ready for a second (albeit much smaller) pass through the house! 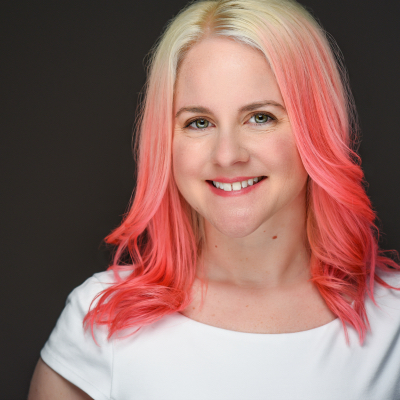 My name is Megan, and I've been a tech lover since the early 1980s when my mom brought home our first computer, an IBM PCjr. From the moment we started typing in programs out of the old BASIC magazine I was absolutely captivated and excited about how technology would shape our future.

Lifestyle
Dear Friends And Family, I Swear I'm Not Crazy
Dear Concerned Friends & Family, I swear on my Kindle that I’m not crazy...

Megan Wallace
Lifestyle
How To Lose 400+ Pounds In One Weekend
This is the story of how I did a (rather massive) declutter over the span of one weekend...

5 Simple Steps to Sort Your Paperwork

Are you buried under a mound of papers that need to be sorted? Don't know what to keep, or for how long? I've got you. :) Sign up below to download a free copy of my helpful guide to sorting your paperwork, utilizing the tips & tricks I've used for years!

Thank you! Your submission has been received!

Oops! Something went wrong while submitting the form